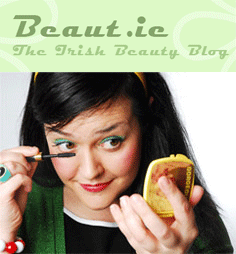 Beaut.ie is one of the great success stories of the Irish blogosphere: even scruffbags like myself know it’s the only place to go for helpful, friendly and funny beauty advice.

The fabulous Kirstie, one of the co-founders and editors of Beaut.ie has kindly shared some excellent tips on eating for cheap in posh Dublin restaurants.  These tips are worth their weight in gold: if you see Kirstie, buy her a cocktail!

Show me someone who doesn’t like value for their Euro-buck and I’ll show you someone with more money than sense. And as more and more of us have less and less to spend, making smart dining choices seems like a savvy thing to do.

In general, my favourite places in Dublin to eat well for a relatively reasonable amount of money are The Gotham Cafe, Aya (if you go in after a certain time in the evening, the sushi-conveyor is cheap-tastic), Elephant and Castle and Queen of Tarts, plus the weekend brunch in Odessa is hard to beat for the price.

Recently, though, something occurred to me. While Dublin’s poshest eateries are often prohibitively expensive for dinner, there is serious value to be had at lunch time and pre-theatre, or even if you’re simply clever about what you order. Meaning we can all experience how the champagne set dine – but at lemonade money. Result!

The dinner menu features yikes-like prices such as a starter of lobster ravioli for €42. Or how about a main of veal sweetbread and liquorice for €50? Yeah, thought not. But did you know that you can have two courses at lunch for €38 to include tea, coffee and petis fours? Three courses will cost you a mere €12 extra. Yup, €50 is the outlay at lunchtime for a trio of Patrick Guilbaud’s Michelin-starred treats – which seems like a not unreasonable amount to pay, to me. Ok, so the portions are small, but everything is exquisitely presented, the service is without fault, and the surroundings are posh-tastic. Wear heels. Ladies – I’d advise you to do the same.

King blusterer himself, Richard Corrigan, opened Bentleys last year. With a big emphasis on fish, it’s great to see a place of this calibre in a country which is surrounded by water, but apparently generally deficient in actually, y’know, cooking the stuff. The menu varies wildly in price, making it a decent dinner choice for the financially challenged as well as the super-rich – choose fish soup for €9.50 for your starter, make your main the delectable fish pie for €18.50, decline dessert and hey – you’ll be in and out for less than €30. Do leave a tip, though. It’ll be worth it. 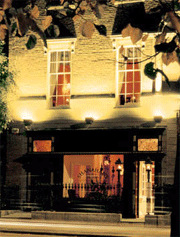 Shanahan's on the Green

Considering a steak at Shanahan’s costs about two million quid, their Friday Lunch Menu for €45 seems like very good value now altogether. Rock up to Stephen’s Green and hang out with rich businessmen as you bag a surprise appetiser, a starter like scallops with squid ink linguine, followed by something simply scrumptious (darling) such as tornedos of Irish Angus. Have a rest, undo a few buttons and finish with dessert, coffee or tea and petis fours. Yum.

Book in for 6pm on the proviso that you’ll be gone before 7.45pm and you can check out Chapter One’s pre-theatre menu for an affordable €37. This place regularly tops best-of lists, has won a clutch of awards and is always spoken about in awe-inspired terms. I’ve never been, but want to – the menu features goodies like spiced chestnut soup with herb chicken dumpling and cod with crushed Jerusalem artichoke, Morteau sausage, mussels and preserved lemon butter and tarragon emulsion. Mouth. Watering.

In an ideal world, I’d like to see more neighbourhood restaurants serving decent food at reasonable prices. I don’t necessarily want fancy décor (though it never hurts), just the ability to head somewhere nearby to grab a plate of scran for €10-€15, on those evenings when I just can’t face cooking. Too often eating out here is a bank-breaking experience, reserved for special occasions only.