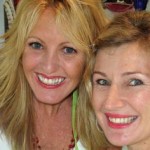 Last Friday, ITV’s Tonight show screened a programme about the demise of the celebrity chef. In the UK, Gordon Ramsay and Anthony Worrall-Thompson are amongst those whose restaurants have been battered by the recession. One wonders how Ramsay’s restaurant at the Ritz-Carlton Hotel in Powerscourt, Co. Wicklow, is faring. Meanwhile, over here, Dylan McGrath has closed the doors on Mint in Ranelagh, leaving behind a rake of angry debtors.

In today’s Irish Independent, journalist Aine Nugent writes that the end of the celebrity chef era has led to a return to old-fashioned frugality. Out go complicated recipes with specialist, hard-to-find ingredients; in comes cheap cuts of meat and thrift your great-granny would be proud of:

Back in is good old-fashioned cooking, copying granny rather than Gordon. And those feeling the pinch in their pockets need look no further than two busy mums who are taking the world by storm with their no-nonsense recipe book 4 Ingredients.

For Australian stay-at-home mums Rachael Bermingham and Kim McCosker, who have four children under six between them and precious little time or money for fancy ingredients and complex recipes, the idea sprouted when they began making meals at home that used just four ingredients each.

They collected more — up to 1,000 from friends and family — and produced the trimmed down left-overs into a 340- recipe book, initially self-publishing 2,000 copies after publishers turned them down. It has sold a staggering 1.5 million copies to date.

You can read the full article here. My mum recently gave me a dusty old copy of a Woman’s Weekly cooking book which, amazingly, stands the test of time. There’s plenty more old cookbooks lying around, though some of them can contain pretty stomach-churning recipes. Last week, I reluctantly went along with a recipe for Baked Fish in Tahini Sauce and learnt a valuable lesson: to trust my own judgement.

Of course, we’re big fans of Fiona Beckett’s The Frugal Cookbook, and next week, we’ll publish some of our reader’s top frugal cooking tips. In the meantime, can any of our readers recommend some good old-fashioned cookbooks?