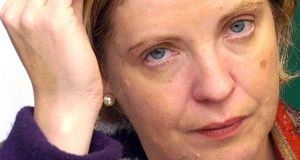 And so it will come to pass. Minister for Enterprise, Trade and Employment Mary Coughlan is to bring forward a code of practice for the grocery sector, today’s Irish Times reports.

It’s not clear yet whether the code will be voluntary or statutory, but it’s pretty clear that a voluntary code would be doomed to failure. The proposals for the code include the appointment of an ombudsman to mediate in retailer-supplier disputes. The ombudsman would also investigate complaints from consumer organisations.

The code of practice would put an end to supermarkets requiring payments from suppliers for including or promoting or including products in-store. The payments are being blamed for pushing up grocery prices, and the hope is that a eliminating them will reduce the cost of an average trolley.

Dunnes Stores didn’t reply. Surprise, surprise; if you’re a journalist or blogger, Dunnes Head Office appears not to exist, even if you’re offering them a free ad. Tesco and Superquinn would not comment, and the Musgrave group  “strenously denied that they demand hello money”… and “would welcome any move to eliminate such sharp practices in the industry”. Considering SuperValu’s relative commitment to Irish suppliers vis-a-vis the other supermarkets, this seems believable enough.

There’s been momentum on this issue for some time now. Last April, dairy farmers took to the streets to protest against the unsustainable low price they are paid for their milk. And last week, the Irish Farmer’s Association called for an ombudsman for the retail sector, to protect both food producers and suppliers.

If you’re a food producer, farmer, retailer, consumer or any interested party, you can make a submission to the public consultation process which will consider them before finalising the code. I’m not sure how one goes about making such a submission, but details should be available later today.

What changes would like to see in the regulation of the grocery sector, or do you think things are working just fine as they are?