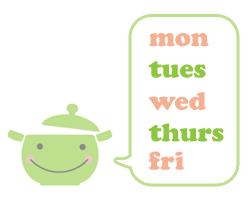 Tesco made the news this week, and for all the wrong reasons. For those of you who missed it, CheapEats reader Audrey sent us her astonishing correspondence with a Tesco Customer Service manager. It revealed that:

The story led to the biggest response we’ve ever seen here at CheapEats, and was picked up by today’s Irish Times and in Conor Pope’s Pricewatch Blog. Cue furious backpedaling from Tesco’s Marketing Manager Kenny Jacobs, who described the original emails as “an unfortunate mistake.” I’ll bet. We suspect heads rolled at Tesco HQ.

Let’s be clear on something here. Yes, there have been many more reductions at Tesco. But there have also been price rises on items that were originally reduced as part of the Change for Good campaign. That campaign has ended, and many of those prices have now risen. It’s eminently clear that Tesco’s customers were misled as to the extent of the price reductions. Still, it is good to see Tesco engage with their online customers, so Mr. Jacob’s response on CheapEats was welcome.

After all that drama, I’m off to Delphi Mountain Resort and Spa for a long weekend. I can’t wait. We’ll be back on Monday with another great giveaway for our 1000th post, plus more recipes, reviews, and food news. Have a wonderful weekend!