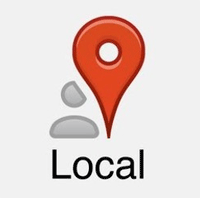 Google, internet search giants and compulsive creators of amazing web gizmos that we quickly learn to take for granted, have moved into restaurant reviews with their new Google+ Local.  I have to say, it’s pretty nifty in the way that it combines the authority of a recognised guide with public comments.

Let me explain: Google recently acquired Zagat, established publishers of restaurant guides. Zagat guides have been around since the 1970s and have a really good reputation for identifying high quality restaurants, particularly in New York.  Google are also using the Local feature on Google+ and Google Maps to gather feedback from the public about restaurants.  The end result is that when you look at a listing on Google Local, you will see the Zagat rating for the place plus the public reviews, with any reviews from people you know given prominence.

For example, when I look at the Google+ Local listing for Odessa, I can see that it has a Zagat score of 21 out of 30 (which is ‘good to excellent’), I can see that eight people have reviewed it including a friend of mine, whose review is first in the list.  Someone else looking at the same review will see their own friends’ reviews prioritised.

The advantages of this should be immediately apparent: not only are you getting recommendations or warnings from someone you know, everyone has to stand over their review as it’s associated to their name.  Sites like Trip Advisor and Menu Pages are great resources but there are always suspect reviews peppered through the reasonable ones – suspiciously gushing reviews that clearly came from the owner’s mum, or over the top hatchet pieces that insist that the restaurant spat in the diner’s face.

It happens on blogs as well as review sites, and friends who work in the hospitality business have told us of the problems they’ve had with malicious reviews.  So I do like the accountability that this service includes.  Having said that, a quick glance at the comments on TheJournal.ie kind of punctures the notion that people are better behaved when their names are attached to things, but I live in hope.

The other issue with Google+ Local is that not enough people are using Google+ to give you really rich results.  We may find though that the link with Google Maps pushes it forward; it would be great if it becomes all nicely integrated so that you get reliable reviews along with your searched-for location.   I think there’s a lot of potential there.  What do you think?