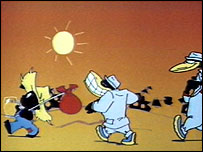 We all adore-a Kia Ora, but do we drink too much?

An aunt of mine only drinks Coke. One of my 10 billion nephews refuses to drink anything but “juice”, which is actually just a sugary diluted drink like Kia-Ora, Ribena or Robinson’s.

Like all the tastiest stuff, these are little more than sugar-delivery vehicles.  Loaded, overflowing, and fizzing with tooth-melting, waist-expanding, heart-killing sugar. But how many of us factor in our drinks when totting up our RDA/ daily sugar allowance?

A new report from food safety body SafeFood suggests that most parents don’t count sugary drinks as part of their children’s daily food consumption. Eleven focus groups, consisting of parents and guardians of children aged 2-12 and 15-18, were surveyed for their views on sugary drinks. The findings are worth reading, perhaps over a nice sugary drink. 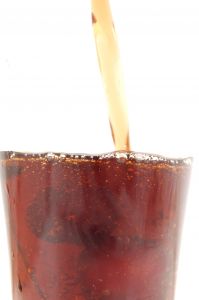 The survey found that most parents did not consider drinks to be liquid food, and so lost sight of their hidden calories. Parents found it difficult to access information on the content of drinks and believed that juices and “juice drinks” were mainly healthy.

I don’t have kids of my own so parents may quite fairly scoff at me, but I’ve always wondered why they don’t simply refuse to buy these sugary drinks for their kids. Give them water or milk: when the thirst starts to cause pains, they’ll give in. Dr. Cliodhna Foley-Nolan, Director of Human Health and Nutrition at Safefood, agrees:

Many parents said they tried to reduce the number of fizzy drinks being purchased and were quite successful at doing this. When they made positive changes to the types of drinks consumed, despite some initial resistance, their children adapted and got used to it quite easily.”

I love that phrase: “some initial resistance.” A kicking, screaming two-year-old, or a sullen and obnoxious teen may be more than you can bear. But cutting back on fizzy and sugary drinks will, if nothing else, save you a significant amount of money. Water is free. Dentists are not.

Do your kids – or you – consume too much junk drink? Is it an unnecessary expense? Let us know what you think.