We’re delighted to be joined this week by another new face to CheapEats: top chef Garth McColgan. Every month, Garth will be contributing an exclusive column to CheapEats.ie, full of top tips on feeding your family on a budget.

Garth knows a thing or two about cheap eats, having teamed up with Aldi to provide Ireland’s households with ideas for healthy, nutritious meals on a budget.  Through a dedicated weekly column in Aldi’s ‘Special Offers’ magazine, he provides wholesome recipes based on Aldi’s selection of own label products, which I’ve positively reviewed before.  For more tempting recipe ideas from Garth, see www.aldirecipesonline.com. 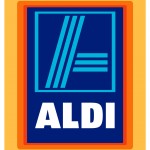 A native of Dublin, Garth began his culinary education training under Master Chef Paul Rankin – the first Irishman to win the coveted Michelin star – followed by stints under well known chefs Derry Clarke and Conrad Gallagher.  He then moved on to the Four Seasons in Chicago working under the legendary Wolfgang Puck.  After spending time in France, Italy, Spain, Brazil and the UK he returned to Ireland to set up the FoodActive school.

A champion of healthy eating, Garth McColgan set up FoodActive in 2002 to encourage children in Ireland to learn how to cook, have fun experimenting in the kitchen, and develop the ‘know how’ to make more intelligent food and lifestyle choices as they grow.

The recipe below for a pretty quick and tasty mid-week family dinner will be a hit with kids. They like the sweetness of the chorizo sausage and the rich tomato sauce that results from the cooking method. I like to finish the seasoning with a squeeze of lemon over the top. At the FoodActive Summer Camp we serve it with steamed new potatoes or steamed rice.

It keeps well and the flavors improve if you leave it for a day before eating it. It’s definitely on the money too, as none of the ingredients are expensive. If you are a dyed-in-the-wool conservative eater (or your kids are) substitute an Irish breakfast sausage for the chorizo. Hope you guys like it and please get back with any comments, questions or criticisms.

1. Slowly cook the chorizo in the frying pan for about 7 minutes.

2. Take off the sausage and gently fry the garlic and onion in the fat from the sausage (if not enough oil add a little olive oil).

3. Add the mushroom and cook for a few minutes.

4. Throw in the chorizo, tomatoes, herbs, salt and sugar.

5. Transfer to saucepan. Bring to the boil, gently simmer ‘til sauce is nice and thick (about 20 mins)

6. Finish by putting in lemon juice before serving.

This is a simple dish and can be eaten with potato, bread or rice.  Use good quality tinned tomatoes in this recipe.