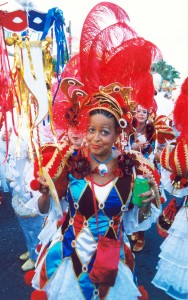 We get pancakes, they get the biggest party in the world.

Fat Tuesday or Mardi Gras is what they call today in the deep South. The logic is the same as our tradition: get as fat and fucked up as possible because there’s forty days and forty nights of misery on the way.

Mardi Gras doesn’t begin and end today. In fact, there have been all sorts of carnivals leading up to Fat Tuesday over the last two weeks. I happened to be there at the beginning of the celebrations which also coincided with the New Orleans Saints winning the Superbowl (I think it’s a sport but don’t quote me on that). Sufficed to say, this was one of the biggest celebrations I’ve ever seen. The locals went completely crazy.

With or without Lent on the way, New Orleans has had its fair share of misery in recent times, what with Katrina and the Waves coming to town so unexpectedly in 2005 and getting help very late from their federal government.

But the hurricane did bring out the best in people here. Even though the population dropped by a third after the hurricane, over two hundred new restaurants opened up in the city in the following months. I spoke to one local foodie, Carlos Grasso, who told me that the New Orleans’ reputation for good food was so important to the chefs working in the city that they rallied together to make sure Katrina wasn’t going to ruin their picnic. So they opened up a load of new places to keep the city afloat (don’t excuse the pun).

One gourmet restaurant called Stanley’s (See Snack Box review next week) on Saint Ann St in the French Quarter gave out free breakfast to the local community for weeks after the hurricane.

Sadly I’m not there today but make no mistake, they’ll be doing more than eating pancakes. Lucky Bastards.