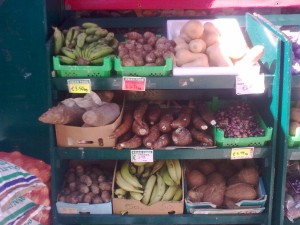 A new scientific study has found that organic food is no better for your health than vegetables grown with chemicals, reports today’s Irish Times.

The study suggests that traditionally grown vegetables, which are significantly cheaper, have virtually identical health properties.

As a general rule, it’s best to go with the science; I’ve yet to see anything that convinces me that organic veg have additional health properties, although there must be some health benefits to consuming less pesticides.

But I think this somewhat misses the point. If I had lots of money, which I sadly don’t, then I’d only buy organic vegetables. There is no evidence to suggest they’re better for your health but they’re likely to be of higher quality than so called “traditionally” grown vegetables (not to get too pernickity but,  traditionally, vegetables would have been grown without pesticides and fertilisers). Give me a plate of Tesco Value fruit and veg beside some organic Denis Healy’s in a blind taste test, and chances are that the organic will simply taste better. Actually, this might make an interesting taste test.

Organic veg are also more likely to be in season and have a much smaller environmental impact. But let’s face it: budgets are tight and organic is costly. Lidl have an affordable organic selection, but it doesn’t extend much beyond carrots, potatoes, and bananas.

Readers, would you buy more organic if you could?