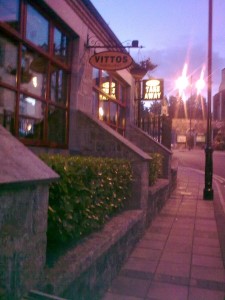 I was on best man duty for a stag party recently. After a white water rafting session which consisted of 15 men trying to drown each other – it was brilliant and exhausting and only for the fit and strong, grrr – the boozing started.

The groom, deluded into thinking I’m some sort of food connoisseur, had asked me to find a good spot for takeaway food in Carrick-on-Shannon. Being a really rubbish food connoisseur, I asked CheapEats readers for some tips. And our wise readers suggested Italian restaurant/ takeaway Vitto’s. 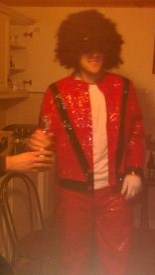 He'll kill me for this. But I DON"T CARE.

After I’d placed my order, I tentatively suggested that they should give me a discount. My hand was weak, as I was hardly about to walk away, but they agreed to knock €10 off the bill.

Then my friend/ pizza carrying assistant Fred, with his big loud mouth, loudly declared that they’d better be nice to me, because I’m “some sort of a food critic”. I cringed and admonished Fred – I’m far too dignified for such talk – but was pretty pleased  then they gave me a few free portions of chips.

Men en masse really do have low expectations when it comes to food. They inhale it. But I must be a rubbish man. As I daintily savoured a very delicious slice, with its thin, slightly carbonised base and quality toppings, I suddenly realised that I was in danger of not getting a proper feed. Or, worse, only being left with the unwanted chicken goujons. No such niceties as making sure everybody got their fair share here. So I grabbed four more pizza slices and greedily guarded them.

Stomachs suitably lined with Vitto’s delicious pizza – thanks for the excellent recommendation – we forced the groom into a Michael Jackson outfit and descended on a cavernous Leitrim nightclub.

Readers, has food played a role in your stag or hen experiences? Or is it all about the boozin’ (and the rest…)?