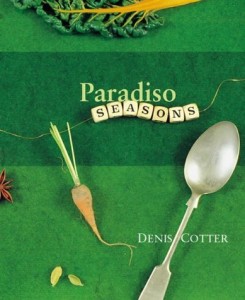 “Concoction” was Dad’s most famous recipe. His three kids vividly recall excitement when Concoction was cooking in the kitchen. We still speak about it in hushed tones. But what was it?

Nobody quite remembers. My sisters say it included any combination of leftovers. I always thought it contained fried cabbage. Dad himself had totally forgotten until I asked him about it. After much prompting, we established that Dad’s Concoction had minced beef at its foundation. After that, it was pretty much whatever vegetables were lying around. There was no broccoli in Ireland back in the 1980s when I was a child, nor were there peppers. So the mix mainly consisted of leftover boiled potatoes, onions, carrots, maybe a bit of turnip or parsnip, and some peas for colour, mixed in with a packet of oxtail soup and fresh thyme.

Apparently, we loved it. Dad was delighted because nothing got thrown out. I don’t know why this beloved recipe, once placed at heart of my family’s traditions, fell out of favour and seemed destined to fade entirely from memory. Maybe it’s because his Concoction hails from a pre-broccoli era. 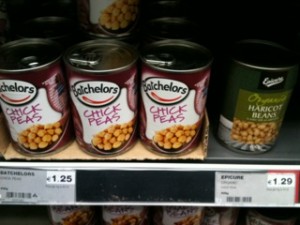 It's worth the extra four cents (Superquinn) for the good chickpeas: no added sugar or salt

But Concoction is, in principal, quite an amorphous idea. My sister Barbara once whipped up a small starter sized portion of an incredible Malaysian chicken and veg curry using a few leftover ingredients – and almost instantaneously forgot what she’d done. The curry enthusiastically flashed into existence, eager as a little puppy, but was promptly cast aside by a world busied with other foods. There must be thousands of such abandoned recipes out there, who lived short, confined half-lives but never managed to make it out the front door.

These concoctions came to mind when I was browsing through Denis Cotter’s gorgeous Paradiso Seasons cookbook:

“This recipe came about on one of those evenings when the only certainty for dinner [was] that it would involve cabbage… To buy time, I started cooking the cabbage while trying to think of what to do next.”

Now, it’s not the prettiest looking dish, so I didn’t even try to take a picture of it. But it’s simple to make, healthy, light and filling, and cheap. Not to mention really, really delicious, and a great way of using up leftovers.

Do you have a favourite leftovers recipe?

Braised Cabbage with Fennel and Chickpeas

Serve with mashed potato. I added some fresh green pesto to the mash along with butter and milk, but a little wholegrain mustard would also work.