At last! Tomorrow, Aldi are opening up in Sandyford, south county Dublin. If, like me, you refused to drive past several branches of Lidl to get to Aldi in Nutgrove, this will be very good news indeed.

Aldi don’t stock the very amazing Fruchtsaft or cheap organic potatoes – until they do, I won’t be abandoning Lidl altogether. Aldi, while still dirt cheap, is also that little bit more expensive than Lidl, but with good reason: Aldi own brand products are – M&S aside – the best you’ll find in any Irish supermarket.

Last week, I taste tested their fillet steaks (€13.99 for two) on my friend Sarah. She said they may have been the best steak she has ever eaten. I agree. They’ve become the barometer against which I measure all other steaks – “yes, these steaks are very good, but you can get two fantastic aged Irish steaks in Aldi for half the price…”

I take some credit here: a good steak needs a good marinade and, of course, a good bearnaise. For the marinade: three tablespoons olive oil, two tablespoons soy sauce, one tablespoon balsamic vinegar, one teaspoon of honey, and one finely sliced small clove of garlic. Marinade the steaks for at least half an hour, or all day if possible.

For two people: serve with chunky oven chips. You really, really, don’t need to buy oven chips. Put a few tablespoons of olive oil in an oven dish and place in a pre-heated oven for five minutes. Just wash four-six large potatoes (depends on your appetite, though the steaks are huge), cut them into wedges,  rinse, and place in a pot of cold water. Bring water to a boil, reduce to a simmer, and cook for about a minute or two: the potatoes should have softened slightly but still offer resistance to a fork. Drain well, toss in the olive oil with some salt and pepper, and cook in the oven on a high heat for about 40-50 minutes, or until the skin is turning crisp and brown.

Green beans and sautéed onions go well with the steak, chips, and bearnaise. M&S do a nice pre-packed bearnaise.

How I laughed at Aldi’s “Okey Dokeys” crinkle cut crisps (€1.99, 12 packets x 25g), a brazen imitation of Hunky Dory’s. Still, they taste exactly the same, they’re much cheaper, and you don’t need to support a ridiculous, idiotic, attention-grabbing ad campaign that looks like it was dragged right out of the 1970’s. 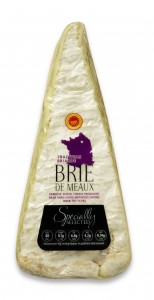 Aldi also sent me some of their Blas na hÉireann National Irish Food Gold Medal award winning fresh green pesto (€1.99 for 140g). I’ve no idea how it won the gold medal: it’s far too oily and has too much garlic. The gold medal whiskey (€19.99, 70cl) also took a gold medal, and while it’s not a patch on Jameson, it’s fine for mixing and – whisper it, because I don’t want Jameson to hear – quite nice neat.

Also, don’t forget you can get a delicious free-range chicken at Aldi for €5.

Finally, a word on Aldi’s multiple award winning Specially Selected cheese. Lidl’s cheese tastes cheap. Aldi’s cheese is just as good, if not better, than Superquinn’s – but it’s much cheaper. Check out the brie, taleggio, and Roquefort.