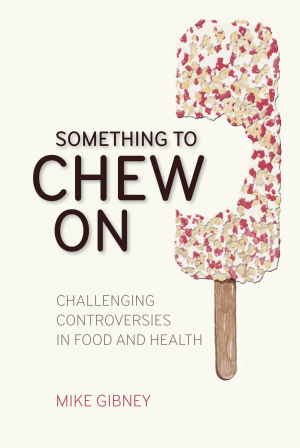 Books on critical thinking and science are one of my favourite nerdy pleasures, and I just got a new one that I’m very excited about reading – ‘Something to Chew On’ by Professor Mike Gibney.  Professor Gibney is the Head of the Institute of Food and Health in UCD, and in the book, he tackles controversies and common misunderstandings about food and health from an expert scientific perspective.  The first few articles that I’ve read are fantastic; he has a great, accessible writing style and the subject matter is really stimulating.  We’ll be doing a detailed review here and giving away a few copies soon, but in the meantime, you can read this preview of some of the areas covered in the book:

‘Something to Chew On’ is available to buy at UCD Press, Amazon or the Book Depository.

The Irish Food Bloggers Association are currently running a giveaway on their site, closing date Wednesday, so head over there to try to nab a copy – and don’t forget to check back here soon for our own competition.