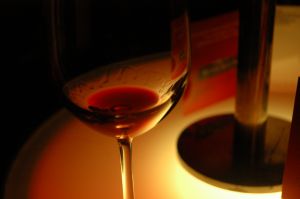 So the 2013 Budget came out yesterday, leaving a trail of misery and desperation in its wake.  The €1 added to the cost of every bottle of wine is hardly the most significant or damaging change, but it’s probably still one that you’ll want to think about in the run up to Christmas.

If the internet is to be believed, people were stocking up last night in a middle-class survivalist frenzy (check out this snap of a Tesco wine queue from Twitterer Elaine Edwards) but it looks like wine-based panic isn’t necessary just yet. Consumer journalist with the Independent Sinead Ryan says that Lidl have told her they won’t put up their prices before the end of the year – so there’s one source at least for good value wine.

If you know of any shops, especially independent wine shops, that are holding off on adding the €1 charge or otherwise softening a bit of the budget pain, share the details in the comments below.

Update: I was in Tesco in the Jervis Centre and they have signs up around their wine aisle saying that they will ‘hold their prices’ for Christmas. Knowing Tesco, this could be double-speak, but the wine prices didn’t seem to have increased, and you also get 25% off if you buy any six bottles, which is a pretty good deal.