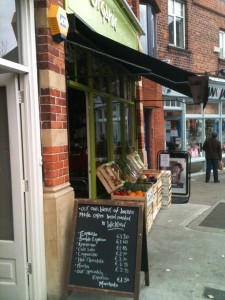 I don’t much care for the prices, the bad science, or the fruit and veg, but there’s lots of lovely and delicious foods in organic food shops

Overheard middle-class conversation: “I really want to switch to all organic fruit and veg – it’s just so expensive.”

“Sometimes I feel really guilty buying non-organic,” said the other woman. “It’s just so bad for the environment.”

“Can’t be good for your health either. All those toxins.”

They’re both wrong. Organic isn’t better for you. Eating organic food won’t stop imaginary toxins from bypassing your liver and making you sick. Buying organic can potentially cause greater harm to the environment. Eating local is no guarantee of reducing your carbon footprint; choosing seasonal food is more important.

Yesterday, I wrote about where you’ might find good value on fruit and veg. I didn’t mention organic food for a very good reason: with the possible exception of Lidl’s range, it is usually more expensive.

If everybody switched to organic – if they could afford to – the pressures on the land would increase exponentially, as much more space would be required to grow crops. The result? More trees chopped down. That has to be weighed against the harmful effects of a small number of pesticides. We need more efficient agriculture, based on sustainable and scientific methods, says Brian Dunning, an excellent American writer who debunks pseudoscience at Skeptoid.com:

I say we dump the useless paranormal objections to foods freighted with evil corporate hate energy, and instead use our brains to our advantage for once. When we find a better way to grow the same crop faster, stronger, healthier, and on less acreage, let’s do it. We all benefit.

I don’t entirely agree with Dunning; corporate concentration of food has, for instance, led to the very sad demise of diversity in fruit and vegetables, ultimately taking away our choices and limiting competition – Seedsavers does great work here. It’s also clear that some non-organic pesticides, such as one produced by Bayer, are causing major harm to the world’s bees, an insect that is vital for our food supply. We do need to cast a very skeptical eye over corporate agriculture.

But Dunning does have a point. The majority of modern pesticides do not leave harmful residues, and many “organic” or “natural” pesticides – including sewerage or fungicides – are far worse for the environment than safe, synthetic options. “Natural” is not always better: think of snake venom. All in all, there’s a wrong-headed idea that organic food production will lead to environmental utopia. It’s not: it too has costs. Skeptoid has a useful and informative article on the topic. 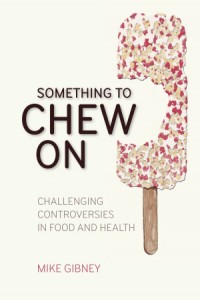 Professor Mike Gibney,  Director of the UCD Institute of Food and Health and author of a recently published popular science book “Something to chew on: Challenging controversies in food and health”, wrote last year in The Irish Times that organically grown food is nutritionally identical to conventional food (Prof Gibney’s book is available at www.ucdpress.ie).

Blind taste tests have shown that non-organic food actually tends to be tastier. In this video, the always hilarious Penn and Teller have an interesting, albeit extreme view: “Organic food is another f**king religion, and few people can face facts that defy their faith, even when they’ve sucked that fact into their own mouth.”

Then there’s cost: organic is more expensive and when you look at the evidence, the higher price isn’t worth it. Organic food is a costly and unnecessary luxury, and it’s out of many people’s reach.

In spite of all the evidence against organic food, I will admit to being slightly dazzled by its marketing allure, and places like Blackrock’s The Organic Shop do sell a lot of delicious food products. But I’ve developed resistance. I don’t object to eating it at all, it’s just no longer something I’m prepared to waste my money on. You shouldn’t either.

What are your own views on organic food?