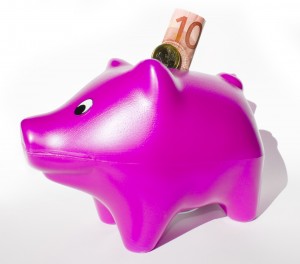 In today’s pricewatch, Conor Pope tackles the glamorous subject of coupon collecting and finds out the best way to use a loyalty card.

Popular in the US and UK, it would appear that Irish consumers are also getting into coupon clipping with 30 per cent more people using coupons than in 2008.

The Irish Independent Directory and online coupon sites are the most common places to coupon collect and if you are willing to make the effort – the rewards can be substantial.

The Irish Independent Directory, which is delivered to 1.3 million homes across the country every year, has hundreds of euro worth of vouchers on everything from pizzas and burgers to taxis and tyres. Meanwhile, a judicious use of online coupon sites can handily knock €20 off a weekly shopping bill.

Vouchers earned from being a member of a supermarket loyalty scheme are the most popular and if used correctly, can have decent rewards too.

A clever use of loyalty schemes can make vouchers even more worthwhile than their face value would suggest. Under the Tesco scheme, for instance, a €2.50 clubcard voucher will buy you a €10 token for Milano’s restaurant or Apache Pizza. A €4 voucher gets one adult into Dublin Zoo – admission is normally €15. A €10 voucher, meanwhile, can be handily converted into a €40 voucher from Siblu, the camping specialists in France, effectively giving you a 5 per cent discount off a camping holiday in May or June. And €17.50 worth of vouchers will get you a year’s subscription to Hot Press .

Other stores like Boots, Brown Thomas and Ikea also attract shoppers with discount coupons. You can redeem points with the Boots Advantage Card and Ikea offers 25 per cent discounts on its Family range with their card.

Do you use coupons or would you be too embarrassed counting your coupons at the counter?