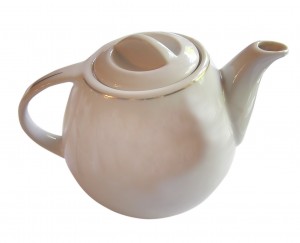 A cup of tea from this little pod will cost you about a month's wages (Photo: sxc.hu)

Tea is cheap. You’ll buy a box of Robert Robert’s Fairtrade tea (80 bags) for €3.29 in Superquinn. You’ll get the delicious McGrath’s teabags (80 bags) in Aldi for around €1.70. Your standard box of Barry’s tea in Tesco costs around €3.15, or less when it’s on special offer.

Okay, it’s cheap. You get it. A single tea bag costs somewhere between two and five cents, so I suppose a particularly excellent brand or a very good speciality tea might cost around ten cent per bag.

Why is it, then, that a cup of tea is so damn expensive in most cafes and restaurants?

Anything over €2 is way too expensive for the average, non-Michelin starred restaurant. Prices are notorious in hotels. I very rarely drink tea when out, as you’re paying about 1000 per cent more than you should for nothing more than a teabag and a bit of hot water, and you can get a coffee for the same price. Tea is a drink for the home, and for visiting people.

A random sample of tea prices in Dublin, plucked from MenuPages.ie:

In many cases, the price of coffee isn’t far off – surely a tea bag and a bit of water is far less labour and electricity intensive than making coffee from a coffee machine?

I’m saving the most egregious overcharging for last: a pot of tea for €5.35 in the overpriced and over-rated emporium that is Avoca, reluctantly purchased by my mother a few weeks ago. She did raise an objection to the price at the till, and the staff member agreed that it was “a bit pricey.” But she paid for it anyway. I know, some of you will argue that nobody forced her to buy the tea, supply and demand and all that. It’s a fair point. However, being out in Kilmacanogue, there wasn’t any competition and the tea had already been poured, so she handed over her money – at least she raised an objection and expressed a reluctance to buy tea there again.

What do you think? Is tea overpriced? And where have you got good value?