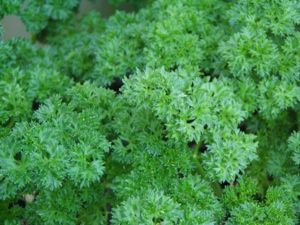 Making your own burgers is the only way, and if done properly: delicious, delicious. You can sit at home and imagine you are at Gourmet Burger but gloat that you made it yourself.

Use mince of course, but my special slant is: Turkey Mince. Peter says he’s a bit put off by the idea, but I’ve told him not to knock it till he tries it: Turkey Mince burgers are utterly yummy, and don’t cost much. I paid €2.99 for 500g of said mince from Tesco, which was enough to make four big plump juicy burgers.

Now, this sounds like a strange mish-mash, but it works. It is a GREAT way to get vegetables into children without them really noticing. I used spinach and pepper, but you can go wild and use whatever you fancy.

Fry the shallot in a little bit of butter or oil at a medium heat for a few minutes, then add the peppers and chilli. Cook until the shallot is translucent, and the peppers soft. Leave aside. Put the turkey mince in a big bowl, and add salt and pepper. Throw in the spinach, fresh herbs and shallot/chilli/pepper mix. Then put in the egg yolk, mix well with a spoon or knife, and bring the whole mixture together. This is your divine burger mixture. Divide into four, or six if you like your burgers smaller. I barbecued mine, but you can grill them or fry them. Just keep an eye on them and cook them on a medium heat for ten minutes on each side – you want the mince to be cooked through. This goes for all mince.

I got some lovely soft white baps from my local baker, and served them with tomato sauce on the side, and a bag of chips from the local chipper divided into three! You could toast the buns, and add a nice relish, and serve a shaved parmesan and tomato salad on the side, or try without the bun and with potato wedges on the side (cut up a few potatoes, throw them on heated oil from a preheated baking tray in the oven, add a few cloves of garlic and some thyme and rosemary. That’s it!)