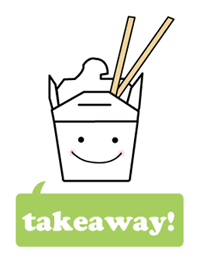 I love Chinese Food. I love it so much I’m giving Food a capital ‘F’.

I’m prepared to try anything and have been insulted a few times on Parnell St when waiters in authentic neezers have told me not to order certain dishes because ‘they’re not suitable for Irish people’. Call me weird but I like trying things like pigs trotters and eel’s privates (When I was 18 I ate my friend’s tarantula).

But when it comes to takeaway I’m a boring twit who likes the same thing no matter where I’m ordering from – chicken and sweetcorn soup and chicken balls with curry sauce. I’ll always diversify my main but the first two are staples.

There are quite a few neezers in and around Dublin 8. We tried Full House takeaway on Clanbrassil St the other night and it was a bit of a mixed bag. I had my usual starter and pre-main, both of which are rarely that different between one neezer and another. The soup was sufficiently gloopy and the chicken balls with curry sauce were sufficiently wrong to nurse my aching hungover head.

However, my colleague Elizabeth Taylor ordered a vegetable chow mein and it was, quite simply, horrible. The noodles tasted like they had been boiled in dishwater. It is not the kind of dish I thought you could get wrong but there you go.

This was a problem for Liz. I just ignored her and tucked in to my main. I ordered their speciality Hong Kong Duck. You know in movies like Gremlins and Big Trouble in Little China there’s always loads of really red ducks hanging in windows in Chinese shops and restaurants? Yeah that’s the stuff. And it’s really good. I would strongly recommend this crispy duck that comes with rice and soy sauce. Simple but very effective. We also had some shredded chicken which was average and BBQ spare ribs which were really good and the bill came to €22.50 euro. Pretty good going for all that food, don’t you think? The delivery man even commented on just how much food this was for two people.