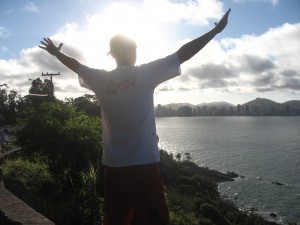 Back in 2011, I wrote about the old childhood trick of trying to wangle a freebie from a company because there was something wrong with the food: a deformed Twix with no caramel; a bag of crisps with only one giant, mangled, burnt mess of maize; or a cake with a nail in it.

Seldom do we write in to companies to praise them. Where’s the freebies in that?

Recently, however, a friend told me a story about a very positive encounter with a food company, which also resulted in free stuff. This friend loves Pepsi Max. Now, I think it’s gruesome, but she loves it with scary love. She wrote to PepsiCo for no other reason than to express this love of Pepsi Max, “by far the best sugar-free soft drink on the market… It quite simply puts all others to shame.”

She continued by saying that it occurred to her, “having abandoned one supermarket because the drink wasn’t in stock”, that she should thank the company for having brought her so much pleasure. Not only that, but she felt they should know she is not alone, and that other people will also go out of their way for this drink.

Presumably, companies producing consumer goods receive many letters of complaint on a regular basis, but rarely get credit for delivering a good product. The company was so chuffed that they sent her on a crate of Pepsi Max; I’m sure a letter like that led to a lot of smiley faces in the office that day. My delighted friend continues her mission to convert everyone to the chosen drink.

Have you ever heaped effusive praise on a company, or written complimentary letters after eating something delicious? Or have your compliments ever gone rewarded?