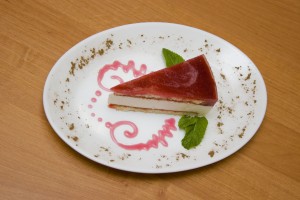 When good cake goes bad... who's to blame?

Smell this, he said, shoving a rancid dessert at my face.

No doubt about it: the cake was gone off. The best before date, however, told a different story: it should be good for at least another week. Euro signs flashed in his eyes as he imagined a haul of desserts and treats being delivered as compensation for his grievous pain and suffering.

He tried not to be too brazen. He contacted the manufacturer to complain about the dessert, simply stating the facts and not asking for anything. Here, I’ll point out that he admitted to chancing his arm by getting in touch with them. Consumer law places the blame firmly with the retailer – in this case, SuperValu. Even if the manufacturer is at fault, the contract is with the supermarket, and they are supposed to reimburse you and take up their complaint with the manufacturer.

But we all hear stories of people finding  bits of grit in their crisps or a tin of beans where the juice is entirely water, and the producer sending out a convoy of trucks replete with enough booty to last a lifetime – and we want some of that.

The producer took a while to contact him, said that the blame was with the supermarket, apologised, and offered a refund. Three weeks later, nothing. He got an email, clearly not intended for him, curtly asking: “has this guy been dealt with?”

Eventually, the long awaited compensation awaited. In an envelope. He wondered how that could possibly fit a load of cake,  but imagined that it was probably bursting with vouchers. He tore open the envelope, to find… a cheque for €3. No apology, no note, nothing.

He has mixed feelings. On the one hand, he says that he was chancing his arm, that the company met their obligations, and that they could simply have sent him back to the supermarket. On the other, he feels it’s a little bit mean and slightly insulting to get a cheque for €3 in the post, when the cake was so rotten and left his dinner guests without dessert.

What do you think?