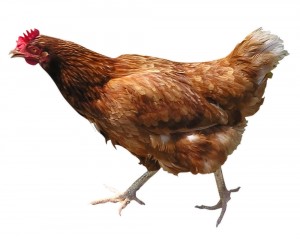 If you asked a martian where were the best places on earth to find southern fried chicken, he would probably say the southern states of America, and West Dublin. Don’t ask me why, but there is an inordinate amount of fried chicken takeaways around Crumlin, Inchicore, Harold’s Cross and beyond.

And I, being a long-standing fan of breasts, thighs and legs, have tried quite a few chicken places within the capital and elsewhere.

I have a bit of a thing though. There’s two categories of fried chicken for me: some are rated as to their quality, while others are rated as to their filthiness. By filthy I mean greasy and unnatural rather than the ‘finding a syringe at the bottom of your snack box’ sense of the word. In short, I appreciate both quality and shite, depending on my mood.

Without doubt the best chicken I’ve ever had was in Harlem, New York. But since we’re not there, I’ll say no more on the subject.

In terms of Ireland, KFC is the whore of chicken emporiums. I don’t believe the myth that they changed their name from Kentucky Fried Chicken to KFC because it’s not actually chicken but I do think there are much better, smaller poultry operators out there.

My favourite in Dublin is definitely Chicken Hut on Clanbrassil St. This little place boasts the fact that it’s fresh’n’halal and, while any self-respecting fried chicken lover must be an atheist, the proprietor’s Muslim inclinations may play their part in this success story.

The chicken is not greasy, ranges in size from week to week, and has a lovely coating on it. I have gone to Chicken Hut a few times where, by 11pm at night, they have actually run out. Takeaway chicken joints (excuse the pun) are never the place to find decent chips but Chicken Hut serve these piping hot little yokes that make me go wild. Their chips are definitely in the filthy category: they’ve come straight from the freezer and probably weren’t cut with Muhammad in mind, but they totally work for me.

Chicken Hut is one of the few places that straddles the divide between east and west. One the one hand, it provides me with enough filth tokens on a Friday night to feel bad about myself after, while on the other, the chicken really tastes and looks good. The staff are an education in Middle Eastern politics and the price works too. Plus they deliver. If I didn’t live with several hens, I’d have them up to my house every day. 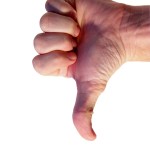 Thumbs down for Tennessee Fried Chicken

On the flipside, however, there is a place in Crumlin called Tennessee Fried Chicken. Aiming for the filthy dollar this joint somehow lost its feathers along the way, as their meat is too often grey and could provide enough grease to send John Travolta to the moon and back in one of his stupid jumbo jets. Their gravy is like something you’d leave out to exterminate mice, and their chips are completely lame too.

I have tried several more. But before I give them my verdict, CheapEats.ie would like you to comment on where best to lick thigh.